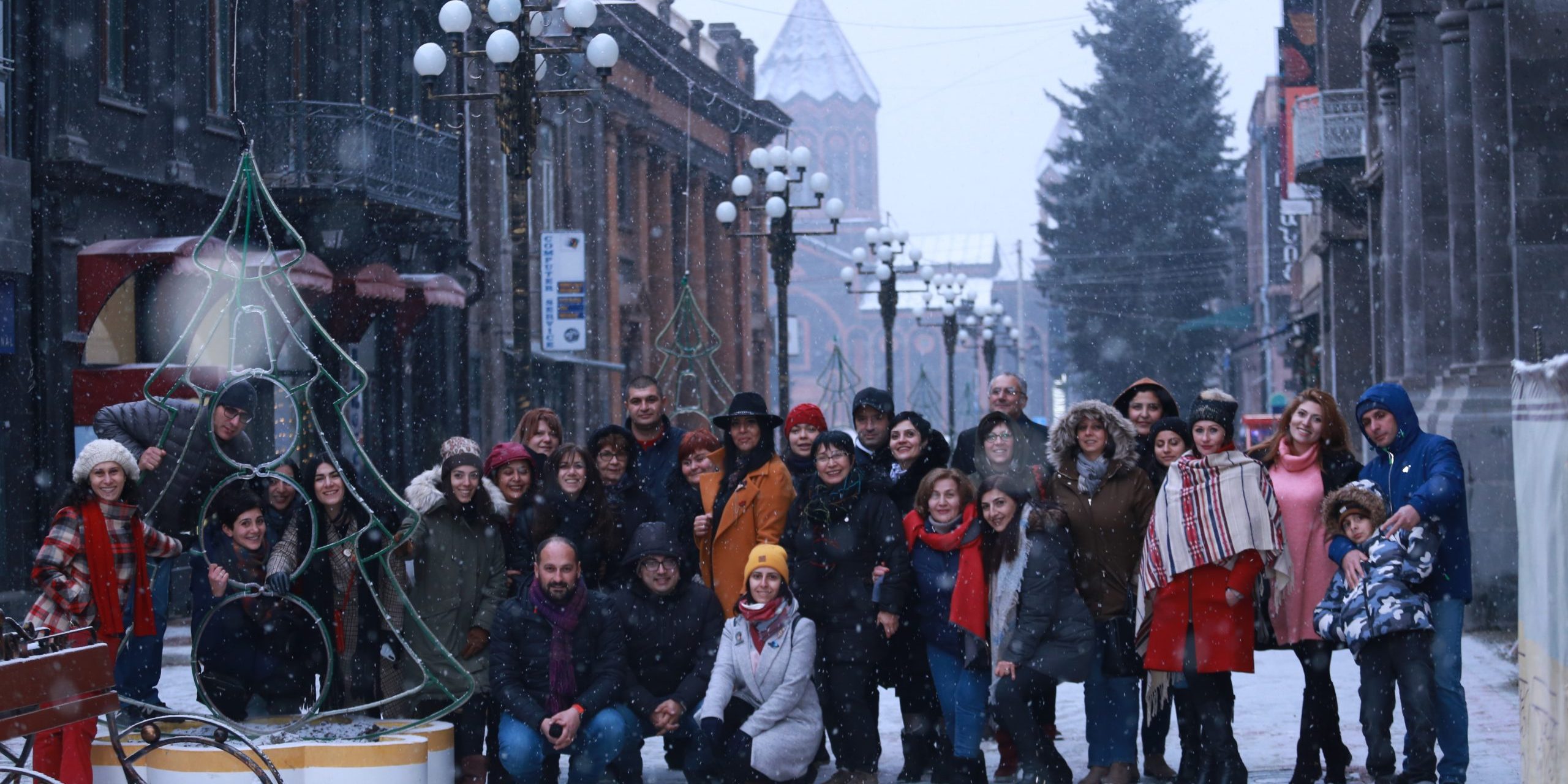 On December 13-15, 2019, the Armenian Association of Professional Tourist Guides organized another forum at the end of the year.

This time the association chose Gyumri as the second largest city of Armenia to hold the forum. Tourism workers specially guides are well aware of the importance of Gyumri for tourism development in Armenia and clearly notice the powerful tourism potential and development of the city for the last two years. This was also the reason why the association chose Gyumri as the venue for this year’s forum.

On the first day of the forum the participants had a cognitive tour of the “father-city”. During the tour the forum participants were accompanied and shown the city by the Honorary Council of Germany in Gyumri, Director of Berlin Art hotel and Shirak Tours Travel Agency Alexander Ter-Minasyan who thoroughly introduced the history and cozy corners of Gyumri to the forum participants.

During the visit the participants visited the Puppet Theater of Gyumri. They were introduced to the history of the theater, recent developments and the vision of theater revival .

In the oldest beer factory of Gyumri the forum participants got acquainted with the history of beer making and discussed the future development of the factory and the prospects of involving it in tourist routes.

The tour ended at the renovated Black Castle from where the participants enjoyed the view of Gyumri city wrapped in the evening lights and heavy snowfall.

Already on the second day in Berlin Art hotel the actual discussions within the forum began. In the first part of the forum Arsen Vardanyan (The Hawk of Shirak) the coordinator of the project “Gyumri is our home” presented the plans of the institution to increase the tourist attractions of the city.

The forum’s speaker, the member of AAPTG Administration Ruben Hovsepyan presented the analysis and statistics of the current tourist season.

The member of AAPTG Administration Katar Taslakyan presented the brief results of the research on the international experience of the certification processes of different countries.

The participants asked questions that concerns them and made suggestions about organizing and conducting such important process for the Association.

The members of the Association who were not able to be present at the forum for various reasons had the opportunity to follow the discussions, give questions and make suggestions through the live broadcast of the AAPTG Facebook Working Group.

After about 5 hours of discussions, the forum results were summarized. During the post-forum week an Association Committee will be established to deal with the matters of developing, researching and implementing the mandatory certification. The mandatory certification has a tendency to define a new format of the association membership, to create and develop clear rules of professional qualifications, boundaries that will become mandatory for all members. It will also provide an opportunity to develop professional skills and qualifications as a result of yearly mandatory training courses.

In the near future in the reference to the mandatory qualification of the Association the AAPTG Administration will make a statement reflecting thoroughly on the details, terms and conditions of the project.

The day filled with steamy and productive discussions ended with the Association’s year-end party.

This time the theme of the party was “Distant Nineties” which was imposing both the looks and the music typical of the era.

During the party the participants got also the famous New Year “Sacks” from their remote childhood memories which awoken everybody’s childhood warm and sweet memories.

Our guides proved that they can not only work hard during all the season showing high professionalism and affection towards their jobs, not only have steamy discussions about the regulations of their field of work, but also to have fun wholeheartedly and celebrate.

P.S. We would like to express our immense gratitude to the entire staff of Berlin Art Hotel for their professionalism, warm and caring service. And thank you to all the participants of the forum.

This message is only visible to admins.